17 Oct Travel Light – The Ancient and Modern in Mexico 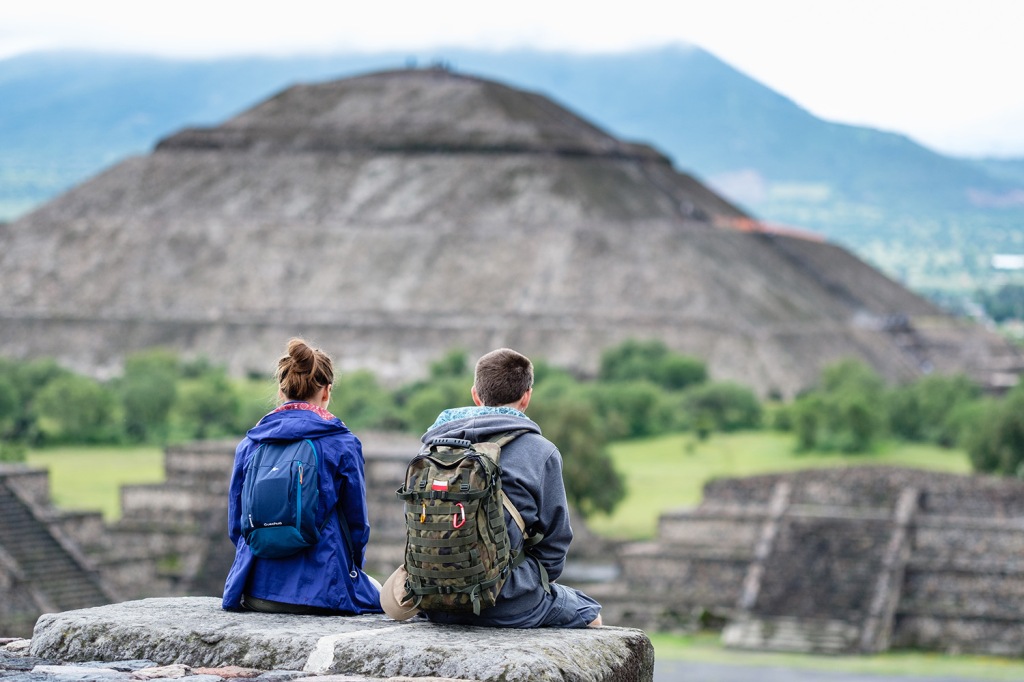 Travel Light – The Ancient and Modern in Mexico

There is nothing like visiting a faraway land for the first time. Most photographers relish the opportunity to discover new places and experience a different culture.

The problem is not knowing what you are going to face when you reach your destination and the temptation is to pack every single item of photographic equipment you own and take it with you, just in case.

I am very lucky that I travel the world with the FIA World Endurance Championship (WEC) and I am able to spend some time exploring the countries we visit either before or after the race weekend.

At the end of August I traveled to Mexico City and I took a couple of days to explore the ancient pyramids at Teotihuacán and parts of the historic centre of Mexico City itself.

For the race weekend I usually have to hand my two FUJIFILM X-T2s and a FUJIFILM X-Pro2 plus the four Fujinon zoom lenses (XF10-24mmF4, XF16-55mmF2.8, XF50-140mmF2.8 and XF100-400mmF4.5-5.6) and converters. I also have several prime lenses plus the EF-X500 flashgun in a Manfrotto 50 backpack. I also have a lightweight carbon fibre tripod, which is great for traveling as it is strong but doesn’t take up much space or weight in the case.

The temptation would be to take all of this kit out and about but over the years of traveling I have discovered the lighter the kit, the better my images tend to be. This is usually because I am less worried about the equipment and spend my time concentrating on enjoying the experience. This relates into better awareness of capturing what I am seeing accordingly. 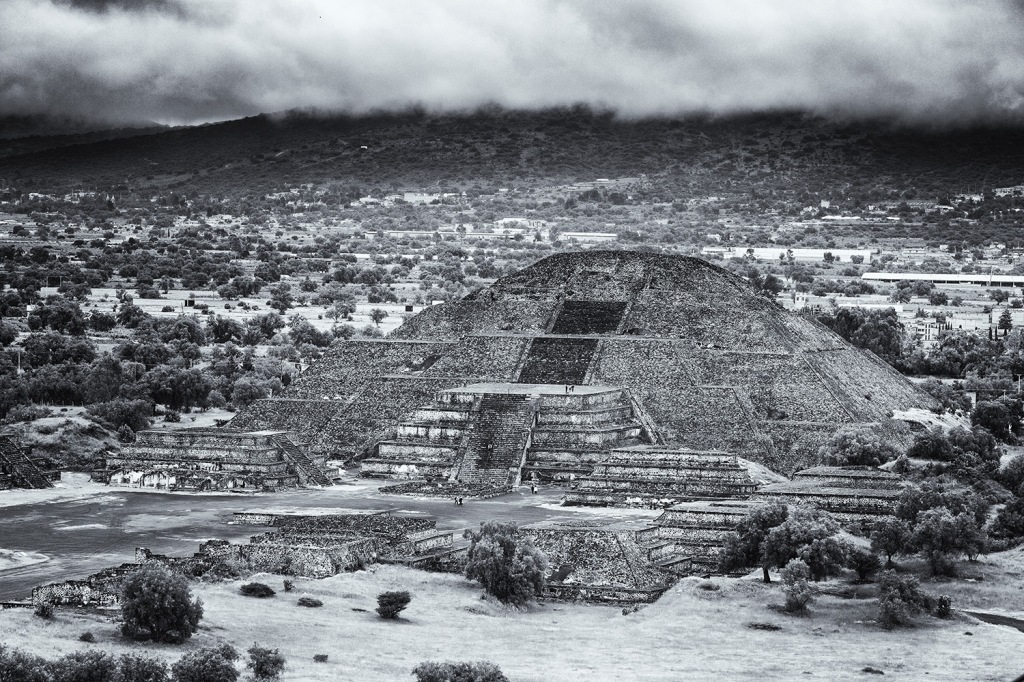 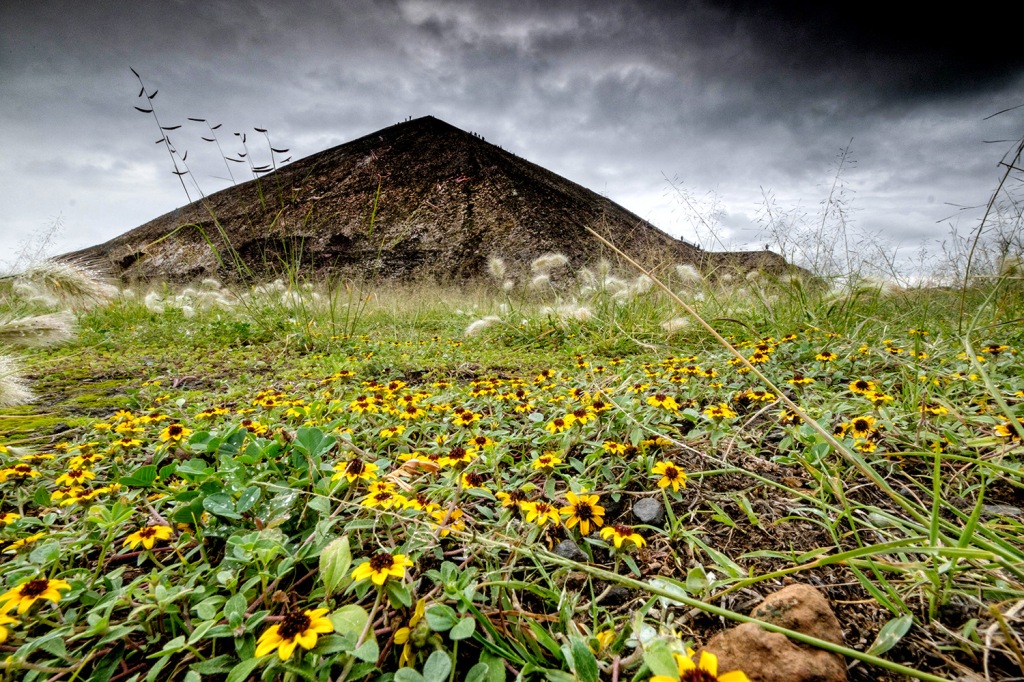 So what is my typical travel kit? For my trip out to Teotihuacán I packed one X-T2 with no battery grip, the XF23mmF2, XF50mmF2 and XF90mmF2 prime lenses. I also packed my XF10-24mmF4 for when I needed a wider view, spare batteries, Lee filters ND graduated filters and a mini tripod (normal size tripods are not permitted at Teotihuacán without a licence, which has to be purchased in Mexico City). This all went into my travel backpack, which also has space for a bottle of water and a snack.

Now why, I can hear some of you asking, did I decide to take three prime lenses instead of one zoom? The answer is simple, I like to challenge myself and I prefer the faster, lighter prime lenses rather than the two big zooms.

A zoom lens is certainly more versatile but it can also make the photographer lazy, using the zoom to compose the image instead of exploring different options because you have move around with a prime.

The reason for taking the X-T2 over the X-Pro2 was also simple – I need the articulated LCD. I sometimes like to get down low to get a different view and the articulated screen on the X-T2 makes this very simple. Also, with the battery grip removed, the X-T2 is slightly smaller than the X-Pro2 as well. 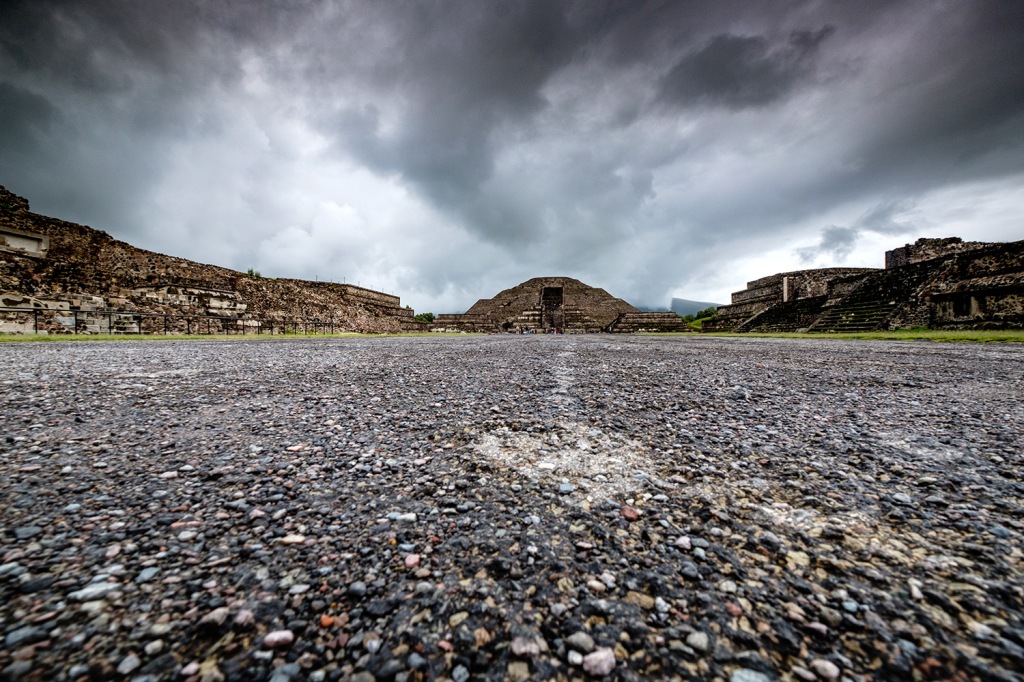 So that’s the kit, what about the location?

I did as much research on the internet before I traveled to Mexico. For me this is essential for any travel photographer because you can plan your time at the location better if you have an idea about what you want to shoot.

I also found on the internet the best time to visit. When you go to a popular tourist attraction it usually pays dividends to arrive early before the tour buses arrive. I did this at Teotihuacán and there was hardly anyone about when we first arrived but that changed after the first hour on site.

Because of the size of the 2000 year old Sun and Moon pyramids I was pleased that I bought along the 10-24mm zoom, but also used the 50mm and 90mm primes for some close ups of the ancient stones.

I had three hours on site so I headed to the top of the Sun Pyramid, the third largest pyramid in the world and was rewarded with a 360 degree view of the ancient city out to the mountains beyond. 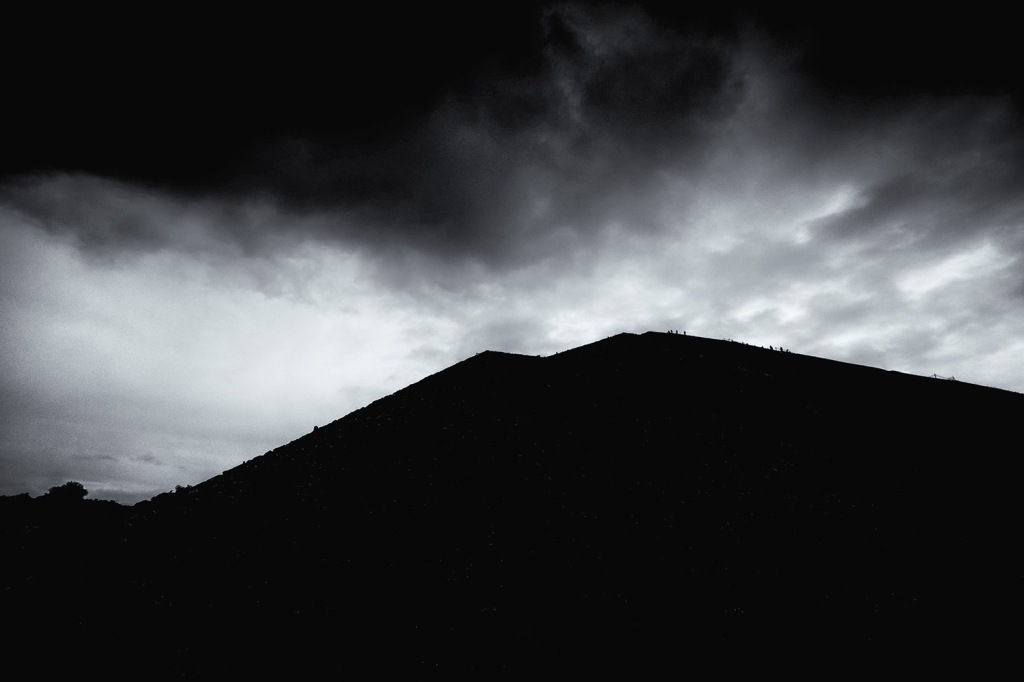 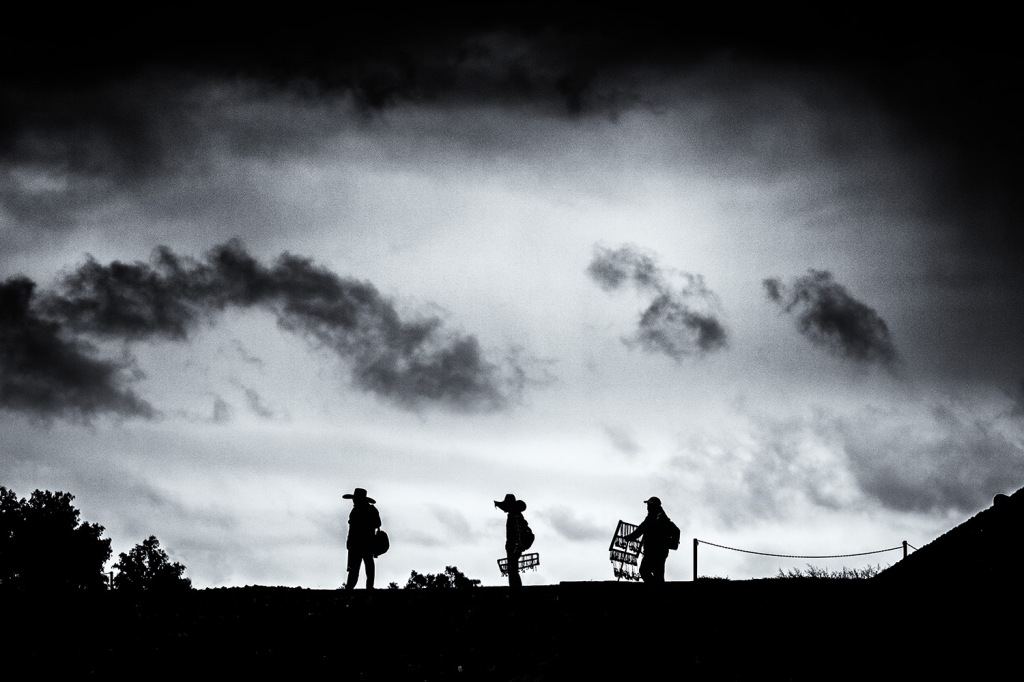 I then headed down the Avenue of the Dead to the Moon Pyramid. By this time the tour buses had started to arrive and so had the souvenir sellers. After three hours we jumped back into the car and headed back to Mexico City, 50km away.

The centre of Mexico City around the Zócalo is where many of the post-colonial buildings can be found. This includes the Metropolitan Cathedral of the Assumption of the Most Blessed Virgin Mary into Heaven, which is the largest cathedral in the Americas and is built on the site of an Aztec temple.

The Metropolitan Cathedral in Mexico City

The streets surrounding the Zócalo are some of the oldest in Mexico, which are filled with locals going about their daily lives and on almost every corner you will see a church. I visited a couple of churches that were undergoing restoration to view the painted ceilings and the stain glass windows. 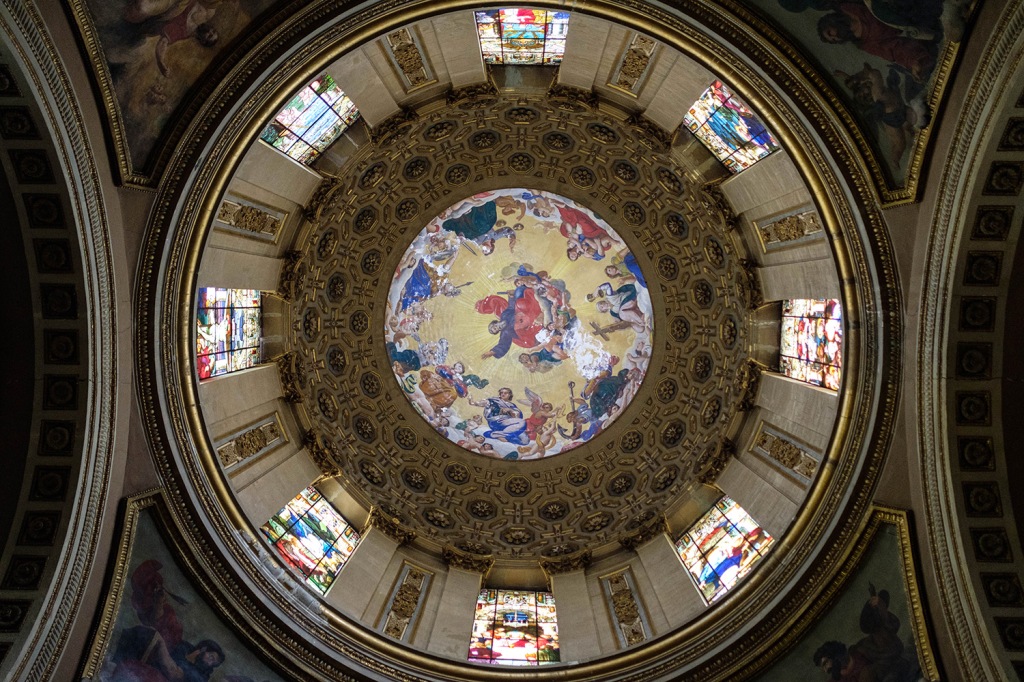 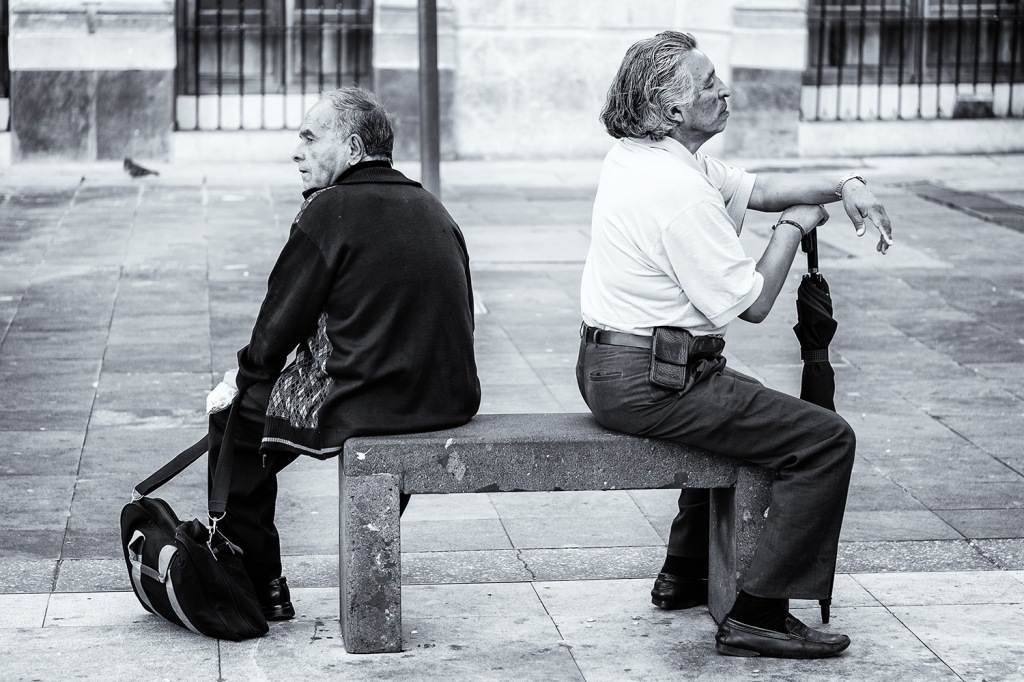 For this part of my trip I decided to stick to the prime lenses in my camera bag, favouring either the 23mm f2 or 90mm f2 depending on what I was shooting.

As well as the older architecture Mexico City is very proud of its art, which is on display all around the city. In the Zócalo next to the cathedral there was an installation of five 3 metre high metal sculptures that looked like suits of amour. In one of the nearby parks there was another installation of fifteen sculptures of a character called ‘Timo’ created by Rodrigo de la Sierra and the installation was entitled ‘Timo Entre Le Gente’ (Timo Among the People). 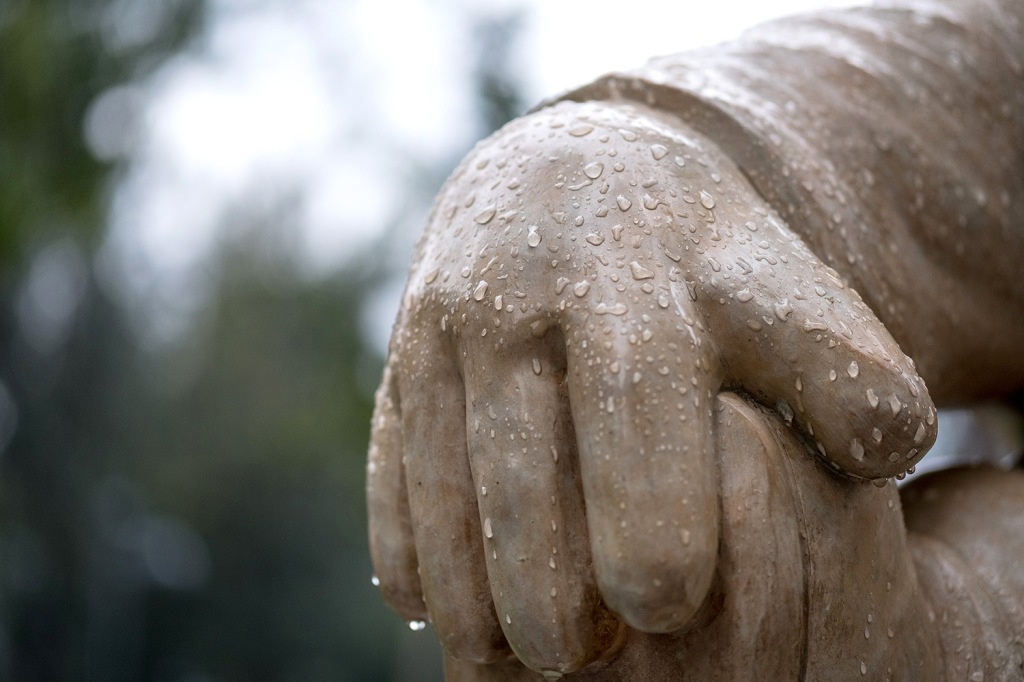 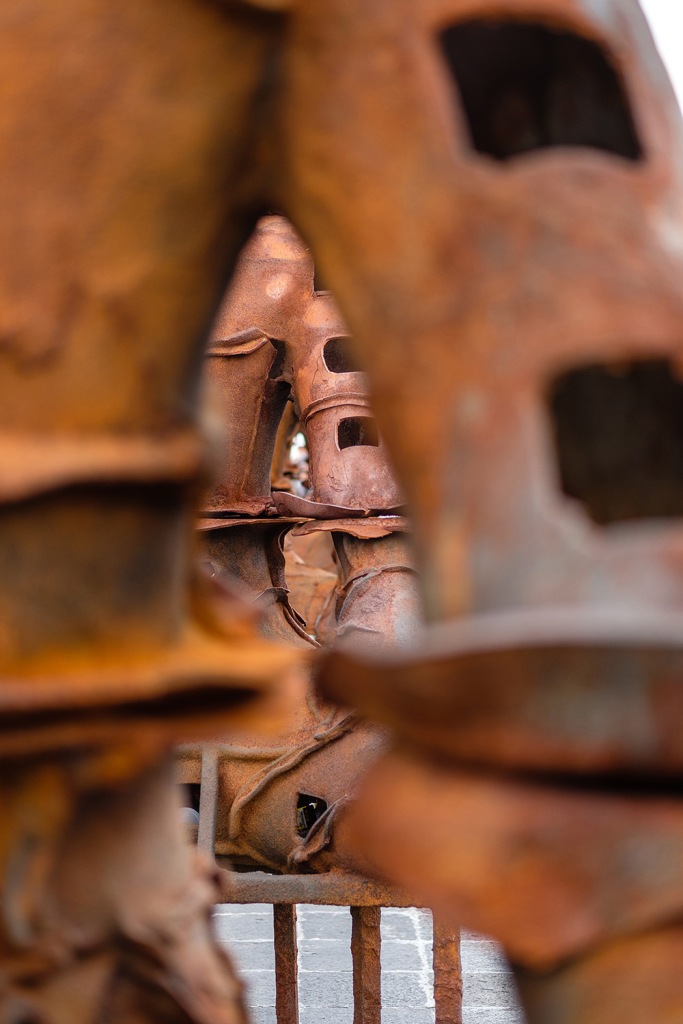 As we walked back through the more modern part of Mexico City I took the opportunity to indulge in one of my pet projects. Whenever I travel to a different part of the world I take images of the local taxis. Taxis are iconic parts of any city and can be identifiable with a particular part of the world – Black Cabs in London or Yellow Cabs in New York. In Mexico City the cabs are painted pink and white and are quite striking. 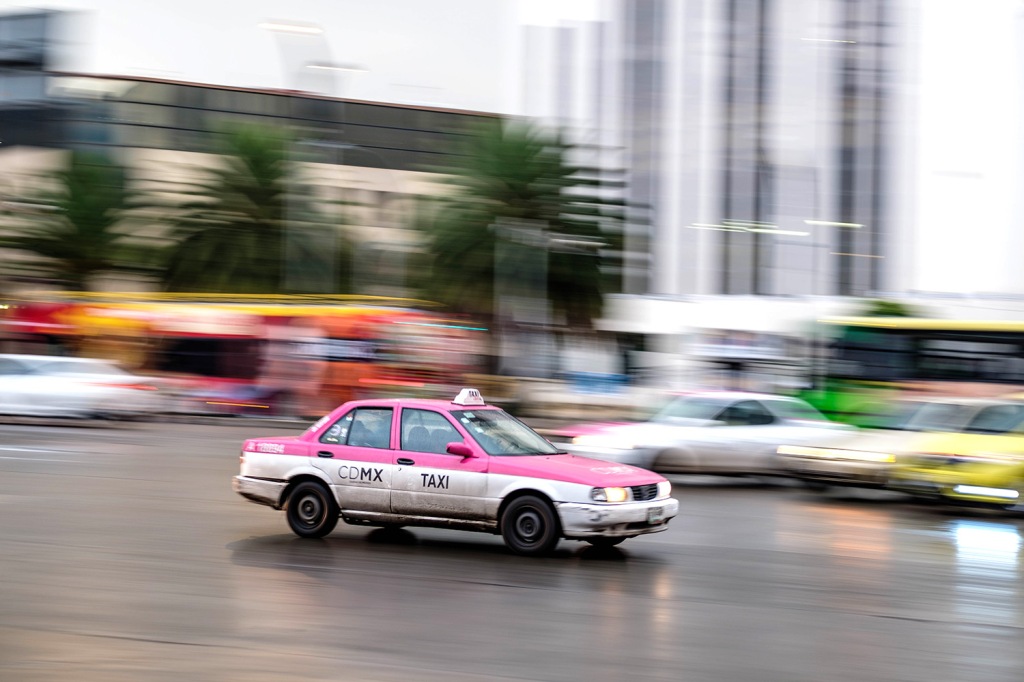 As we continued to walk the clouds had started to form above the city and suddenly the rain came. The storm that was passing through Mexico brought torrential rain, forcing the international airport to close, with planes being diverted to Cancun and Acapulco. This brought my excursion to an abrupt halt as we headed for a taxi back to the hotel to get dry.

One of the many monuments I photographed was honoring the victims of the earthquake that hit the city on the 19 September 1985, estimated to have killed over 10000 people. A few days after I left Mexico the south of the country was hit by a big earthquake and Mexico City itself was struck again a few days later on the 32nd anniversary of the ’85 earthquake. 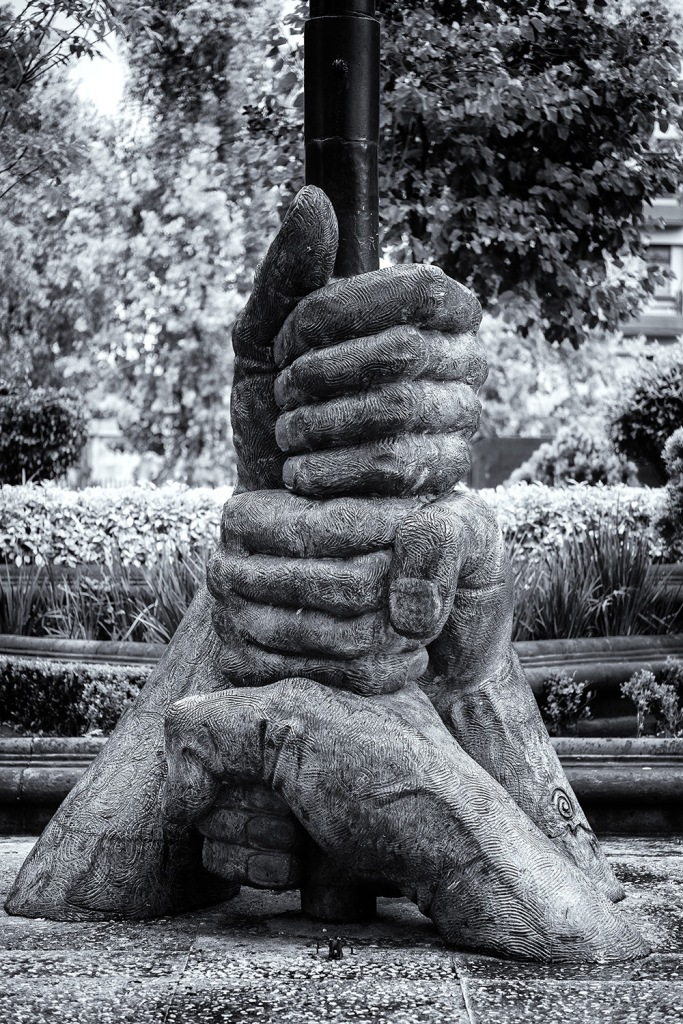 While the death toll was nowhere near 1985 levels, people still lost their lives and it is a reminder that nature is a powerful force in places around the world. My thoughts are certainly with my friends and colleagues in this beautiful part of the world at this difficult time.

My advice to anyone traveling to a new and exciting destination is to learn as much as you can before you travel. Formulate a rough plan about what you want to see while you are there but don’t be afraid to adapt if something unexpected should present itself while you are there.

Lastly, travel as light as possible. If you overload yourself with camera equipment you probably won’t enjoy the experience as much. Zooms offer the most flexibility and can cover a lot of focal lengths in one or two lenses. My preference is for primes, but that is my choice based on my experience.

That being said, the main reason to travel is to enjoy exciting new places and bring home some wonderful photographic memories. 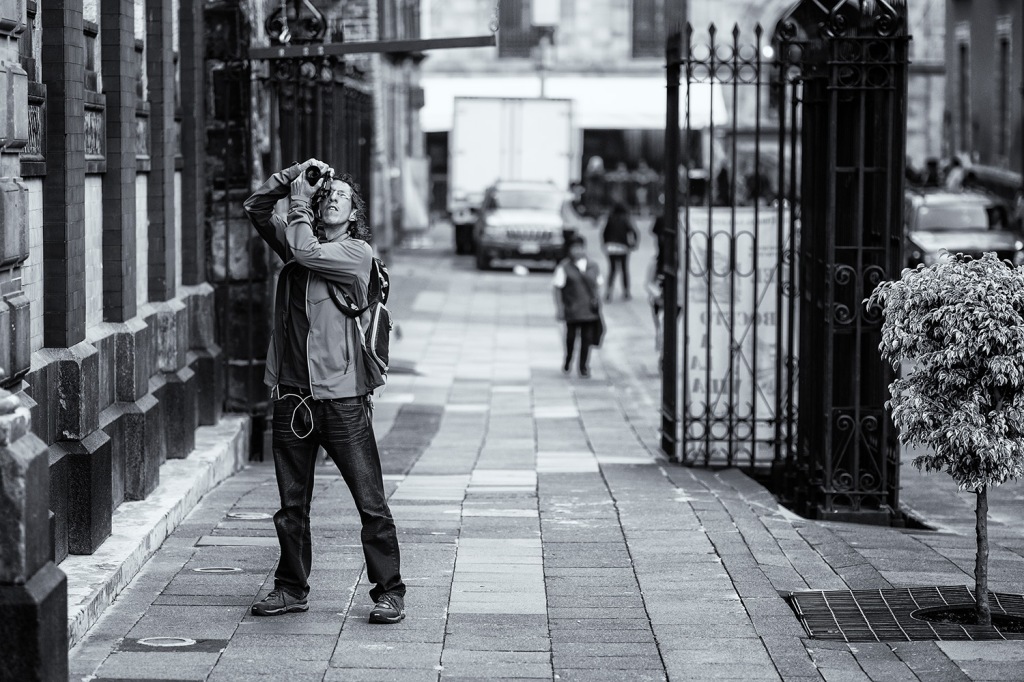