Posted at 11:49h in FUJIFILM by Admin 0 Comments 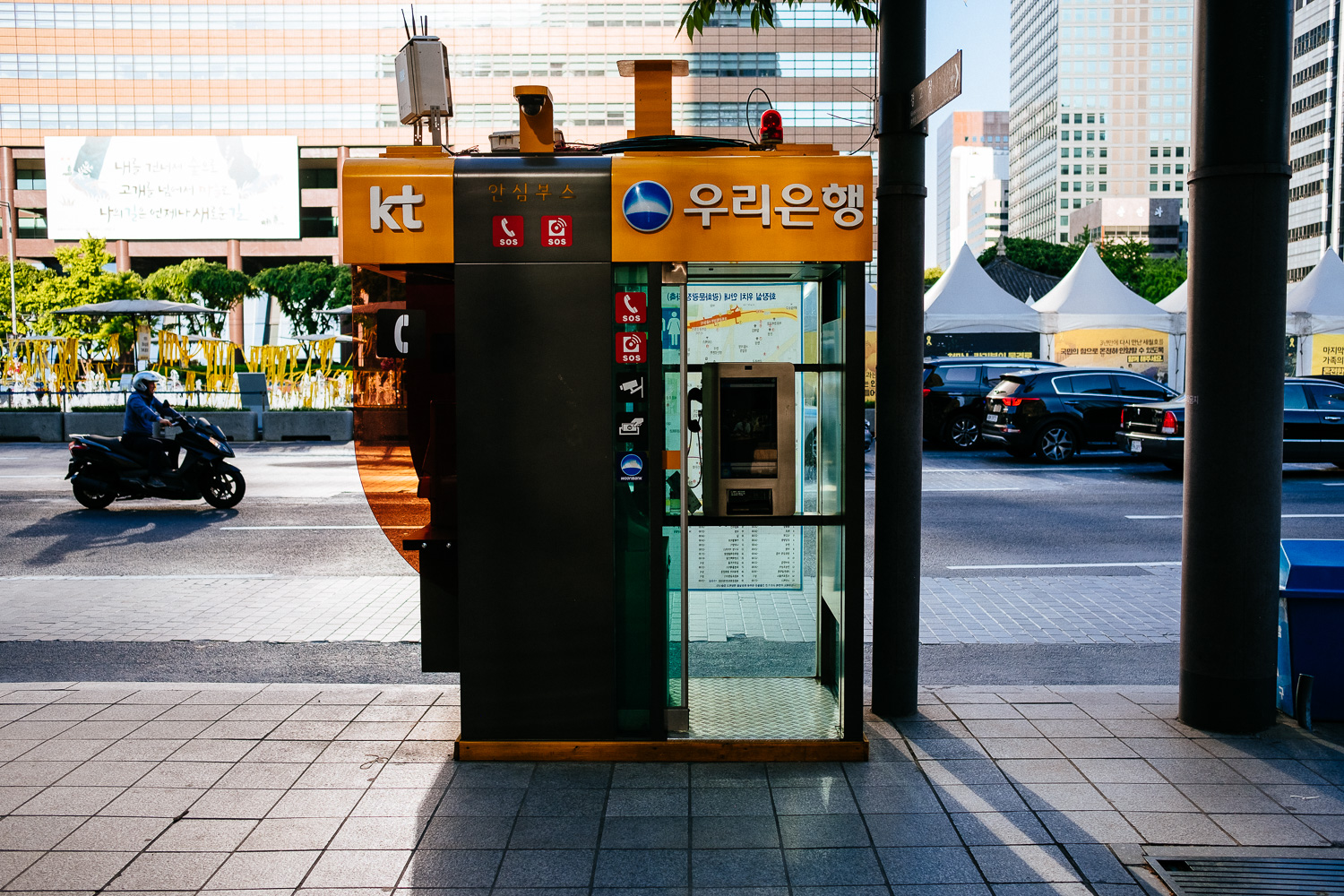 When you are in a strange place even the ordinary is exotic. Like a phone booth. But today a phone booth is anything but ordinary.

Those are images from my short stay in Seoul. I have been there in May so even though it was almost 6pm the sun was still high in the sky. Korea is much more North than my usual destinations in South East Asia which means that it doesn’t get dark at 6:30pm. There is another huge difference. The roads are wide and there is a lot of space for pedestrians too. Seoul doesn’t look and feel like an Asian city it feels like I’m in the centre of San Francisco. One of my favourite cities.

But of course there is a huge difference. I can’t read anything and I don’t speak the language. 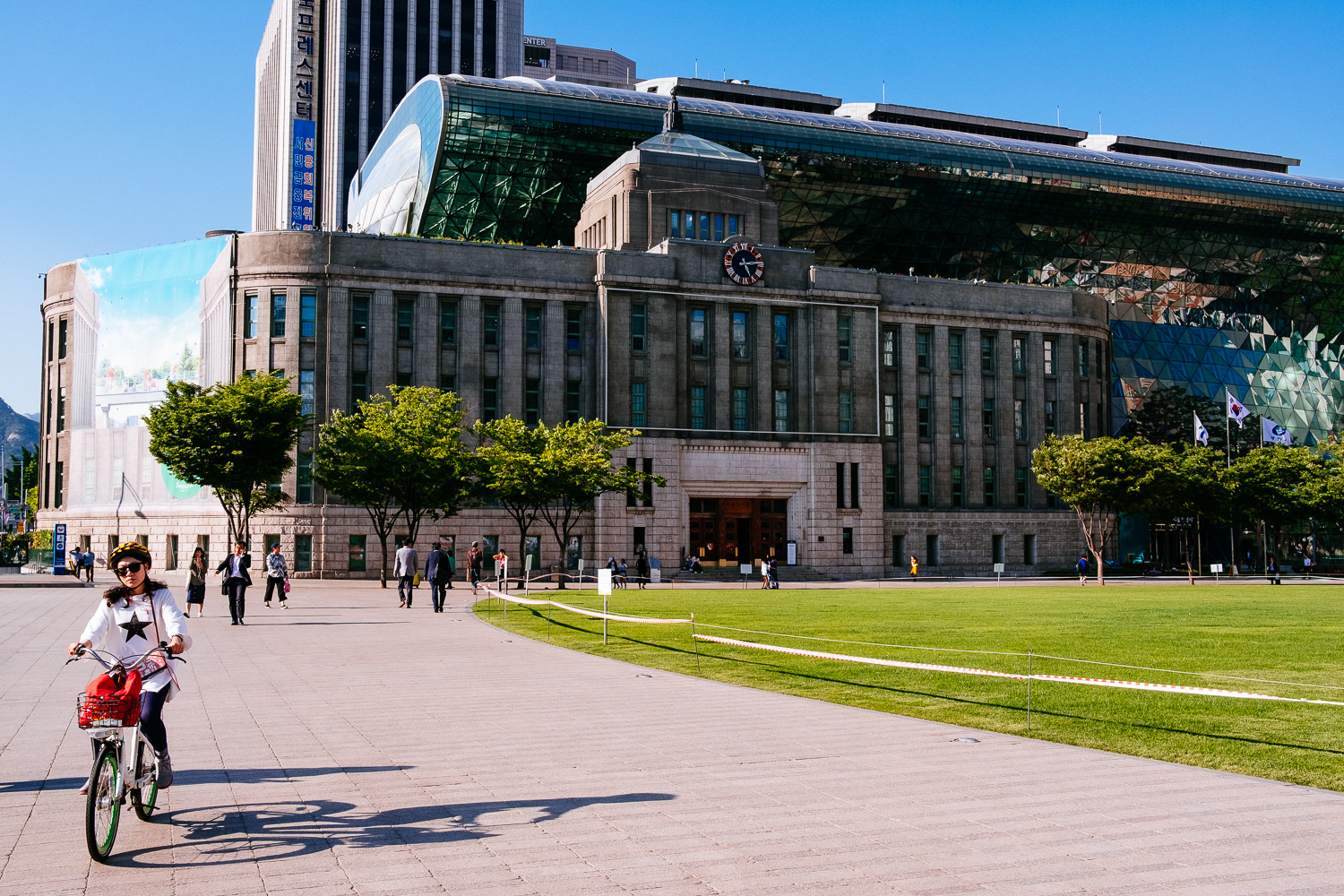 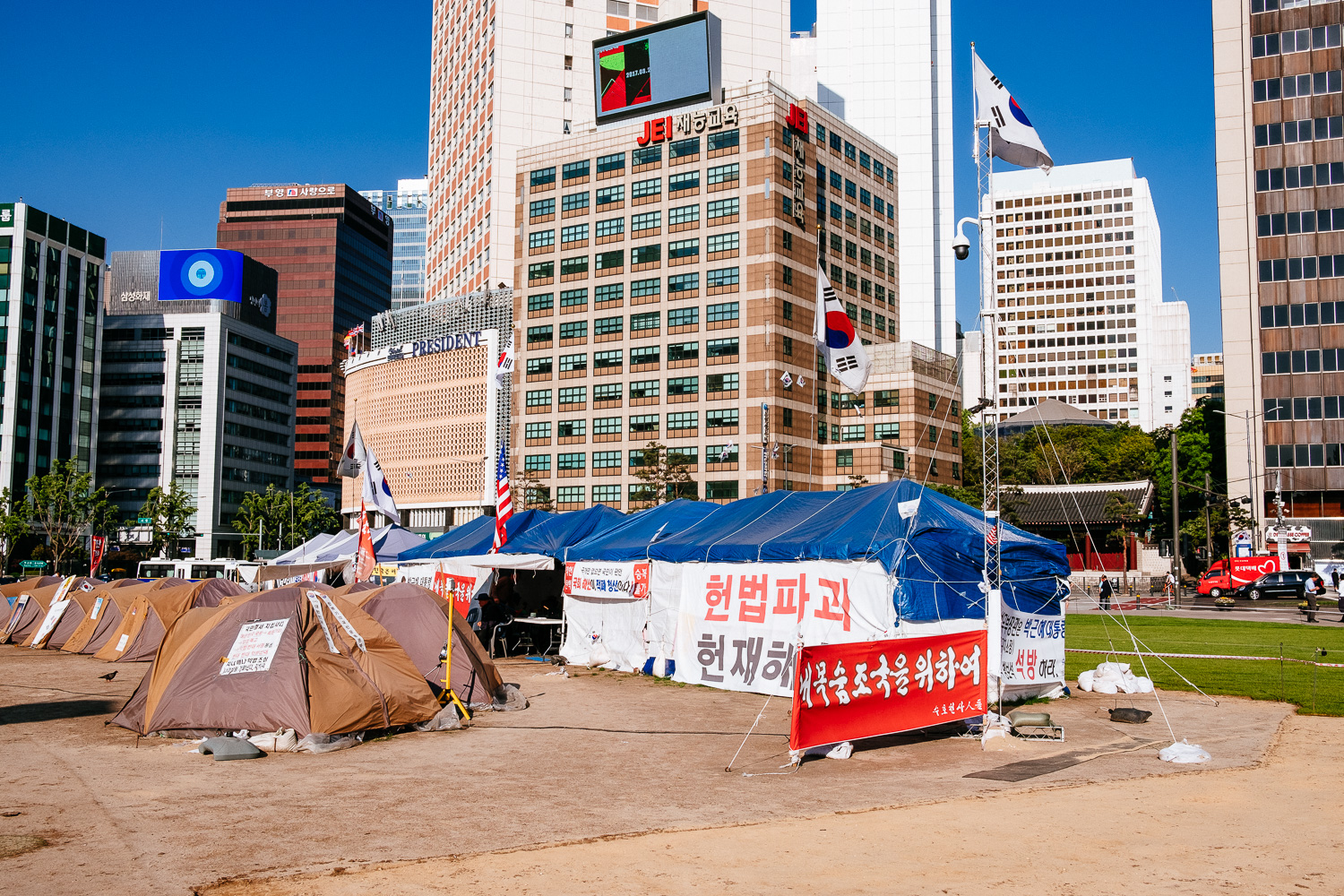 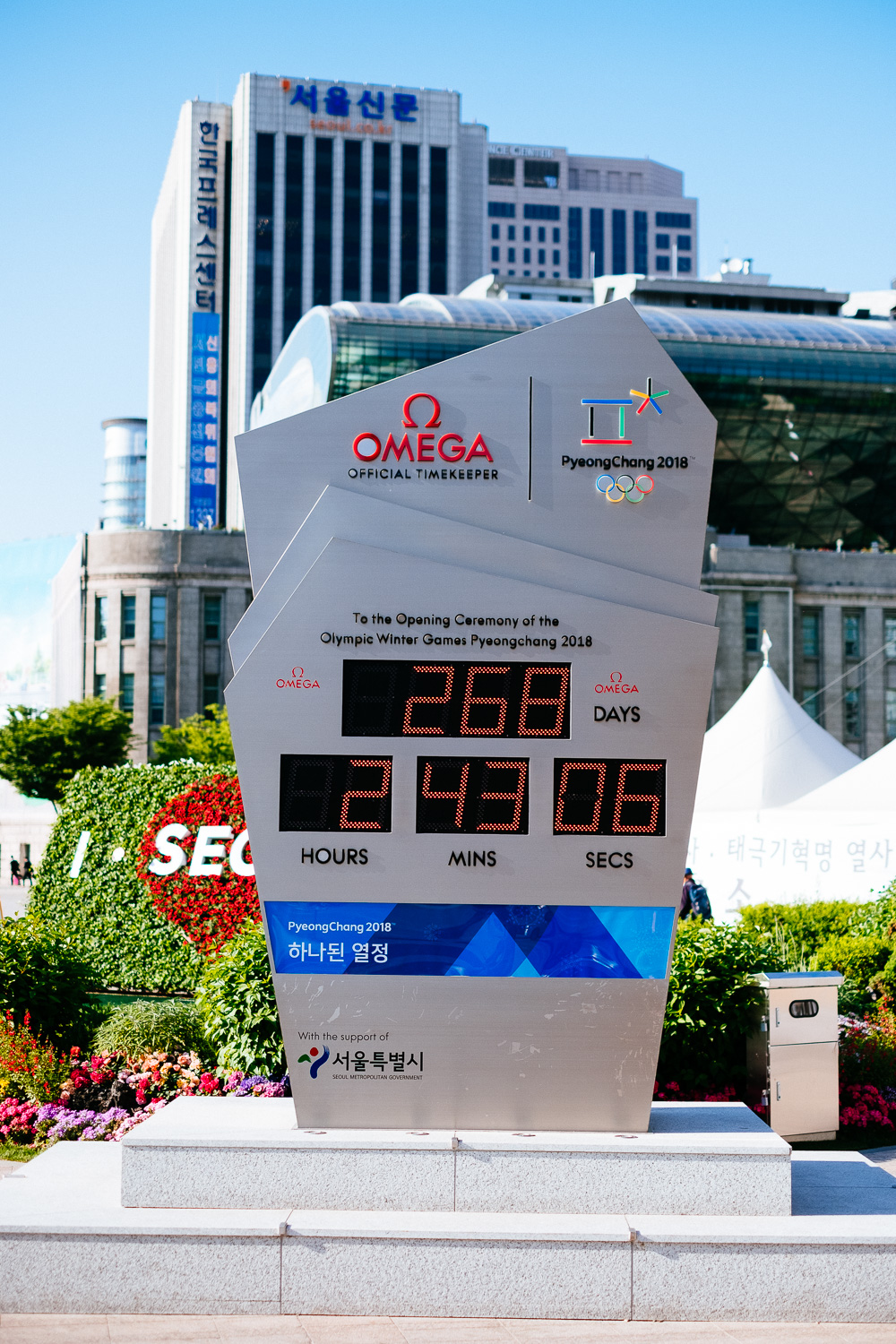 Except the countdown for the Olympic Winter Games in Pyeongchong 2018. Now they are only 144 days away unless of course the crazy baby face in the North continues to test missiles like there is no tomorrow. But maybe he will run out of bullets soon if he continues to drop them into the Pacific. Who knows. It’s amazing how the people here deal with the situation.

I live in Austria so North Korea is very, very far away. Things look a lot different here. It feels strange that this strange little country that dominates the news is less than 30 miles away. I would like to give you more precise data but googlemaps fails to offer any route from Seoul to any place in North Korea. How long would it take for a missile? But there is no need for rockets. Heavy artillery is all it takes for such short distances. I’m not a fearful guy but I have to admit that it feels strange when you are not used to it. 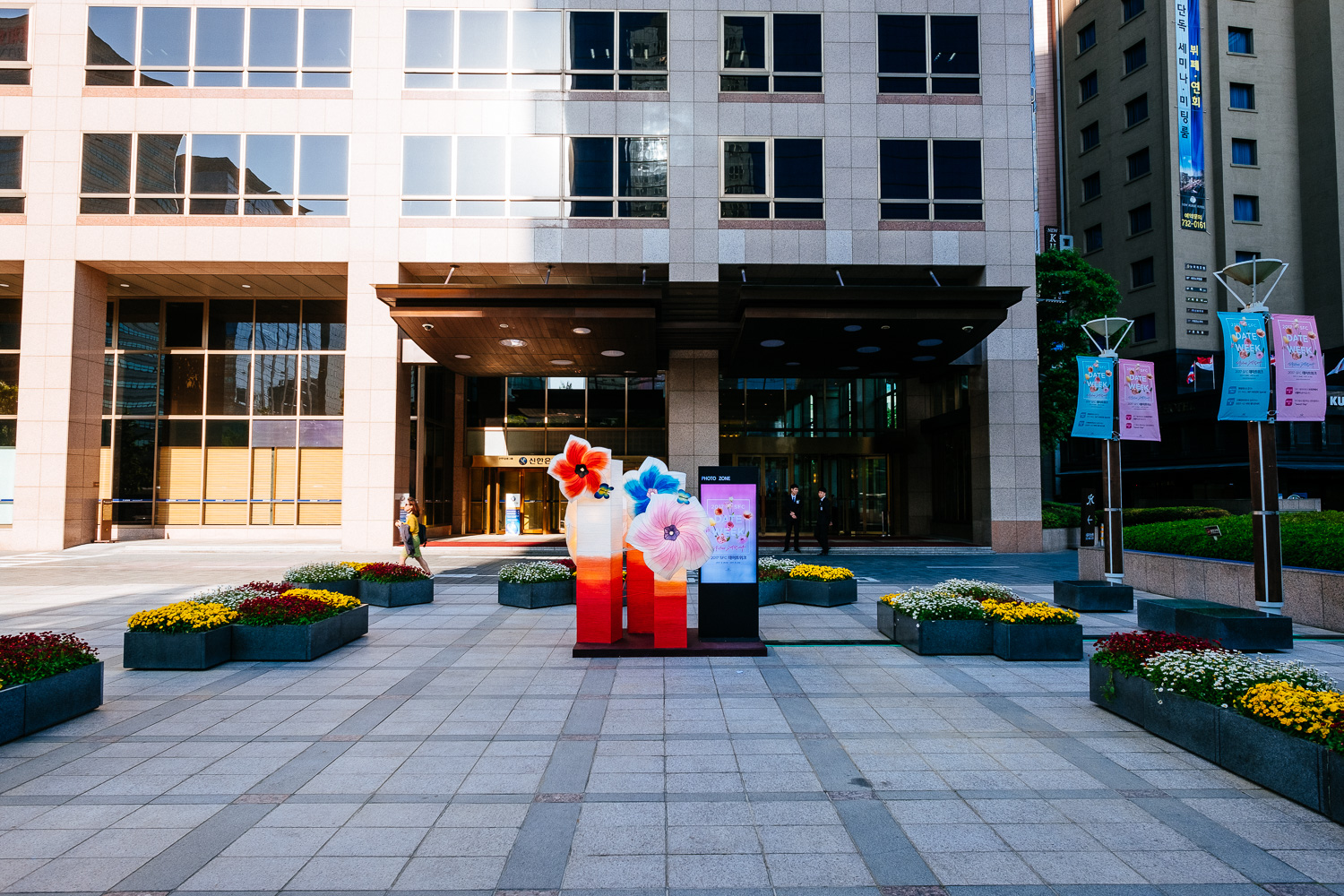 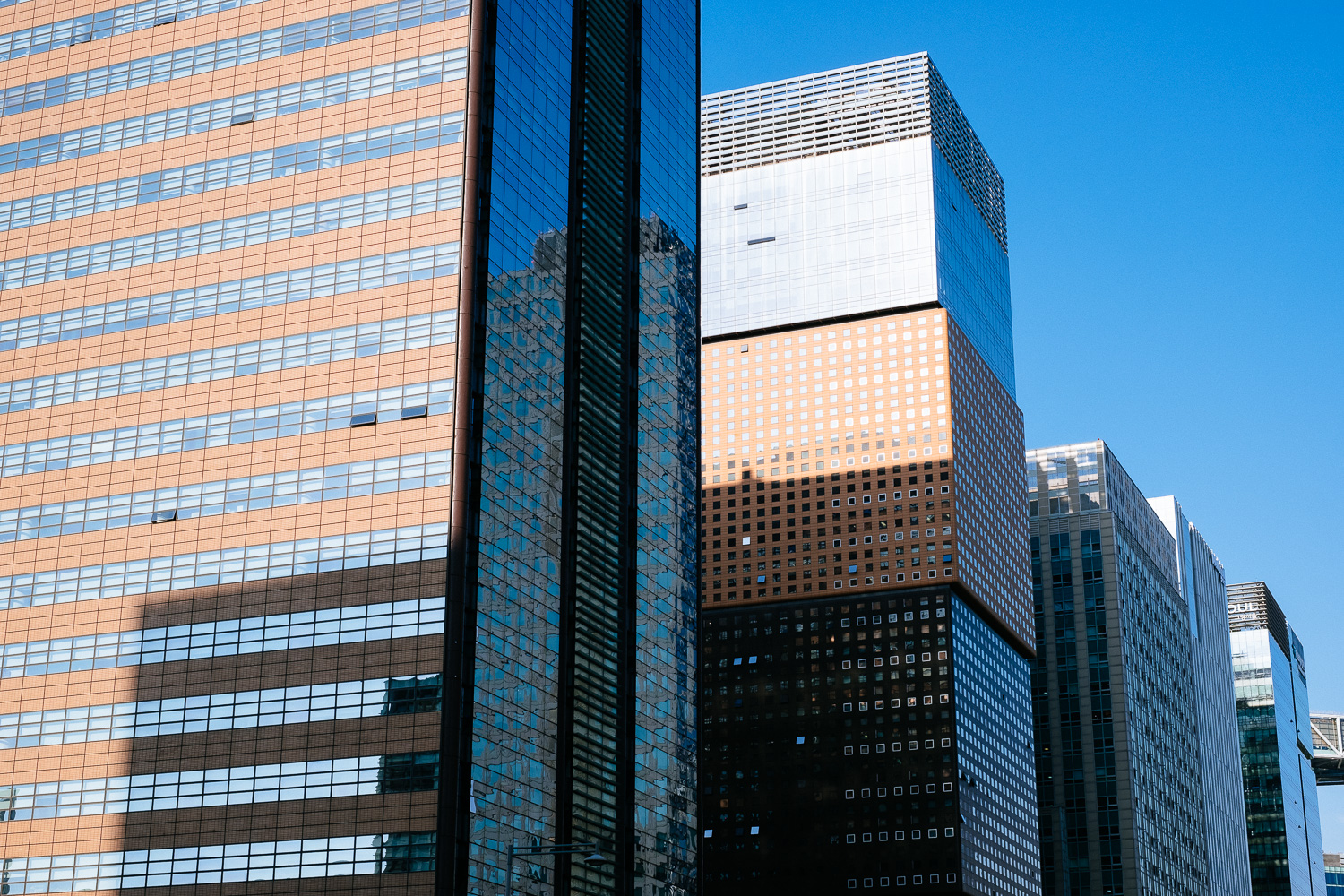 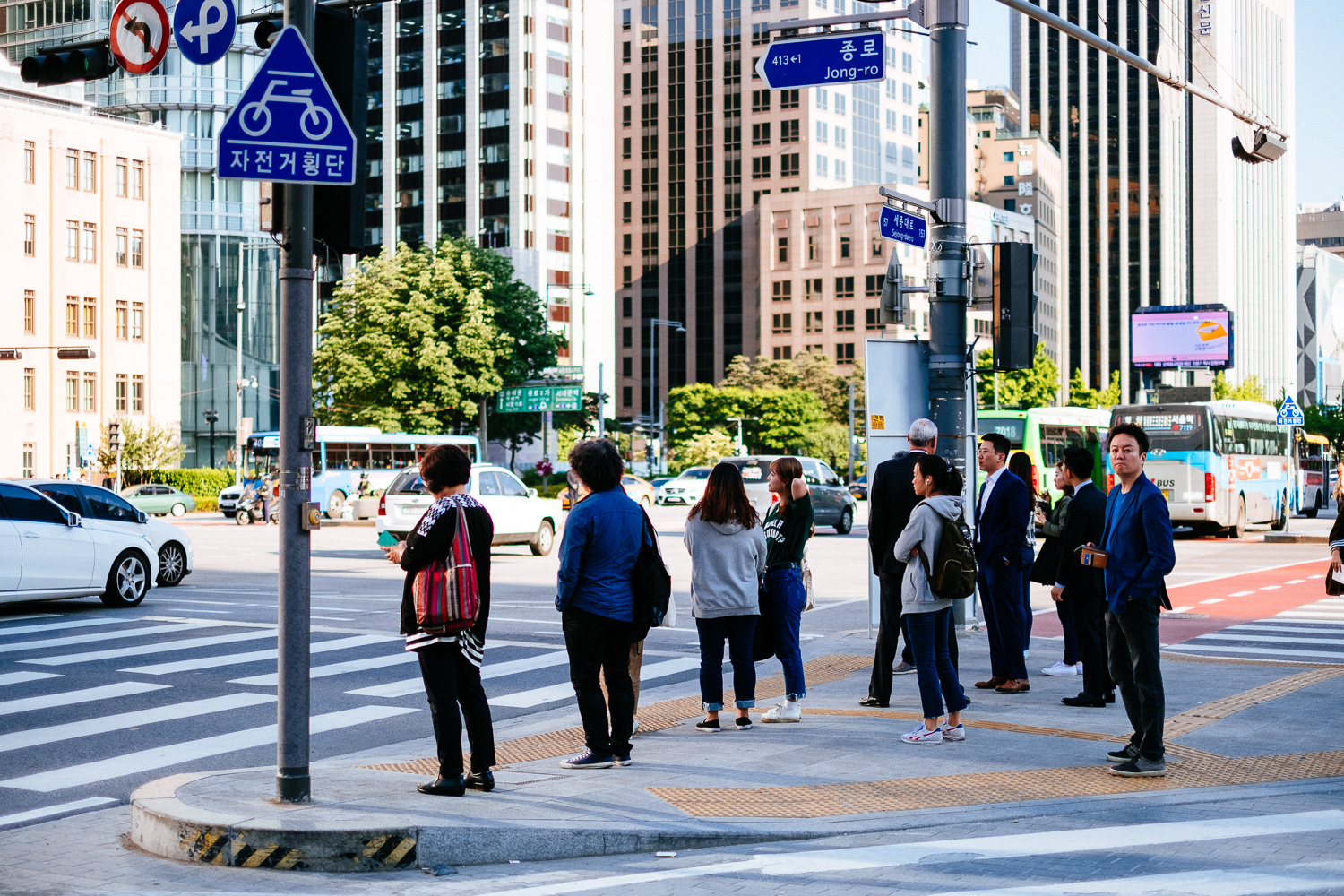 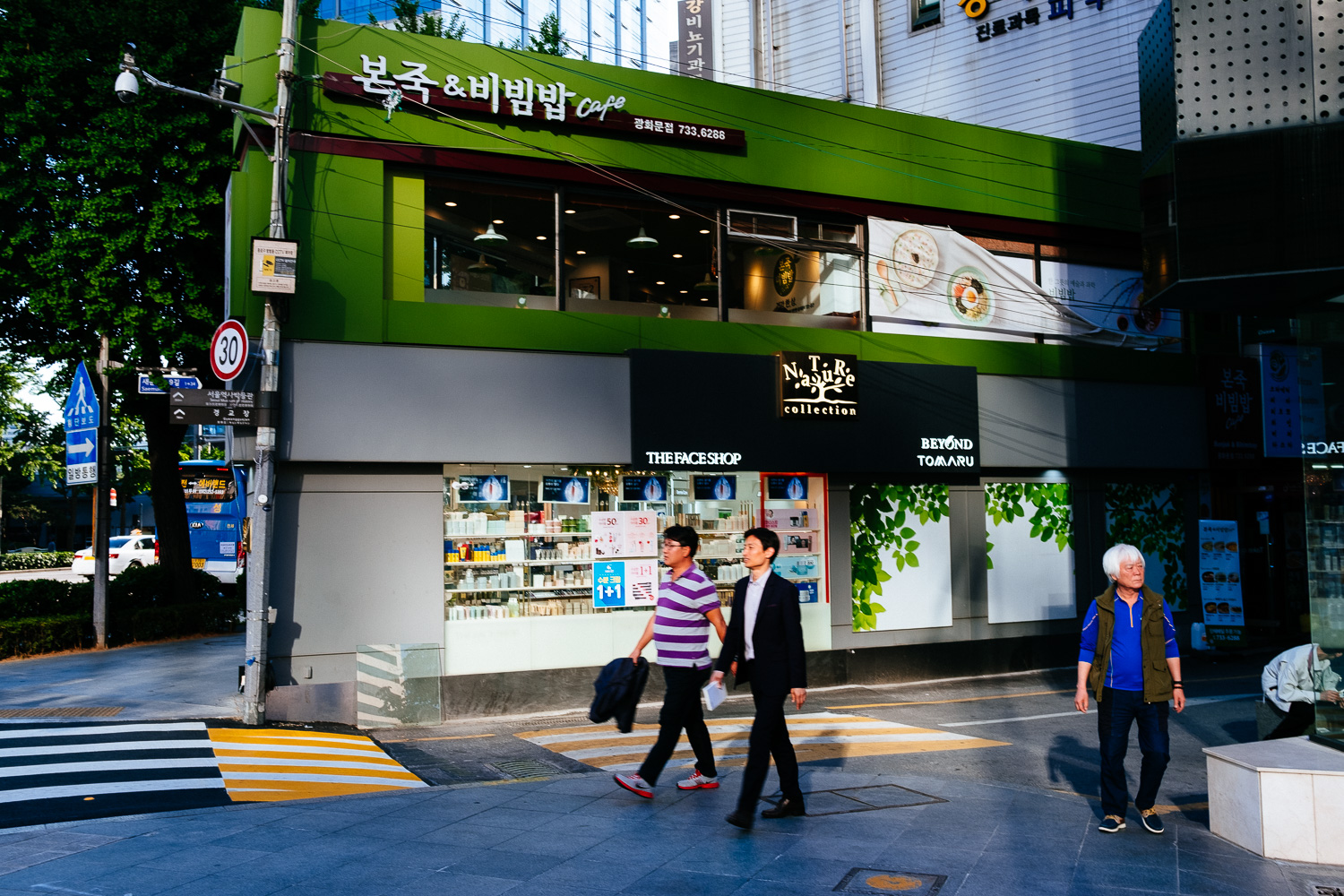 But back to San Francisco. It’s not only the wide roads and the buildings it’s mostly the light that reminds me of San Francisco. Last time I was there was less than a year ago. And like today there was not a single cloud in the sky. In a city with a lot of high rise buildings with aluminium-glas facades you get this very special light when the shadows grow longer.

Sunlight that is reflected from the buildings create this spotlight look that I love so much but that don’t have where I live and that I also never see in the big cities in South East Asia. Only if clear blue skies and modern high rise buildings come together it’s there.

So it’s also because of this beautiful strange light that this strange place feels very familiar to me. Strange! 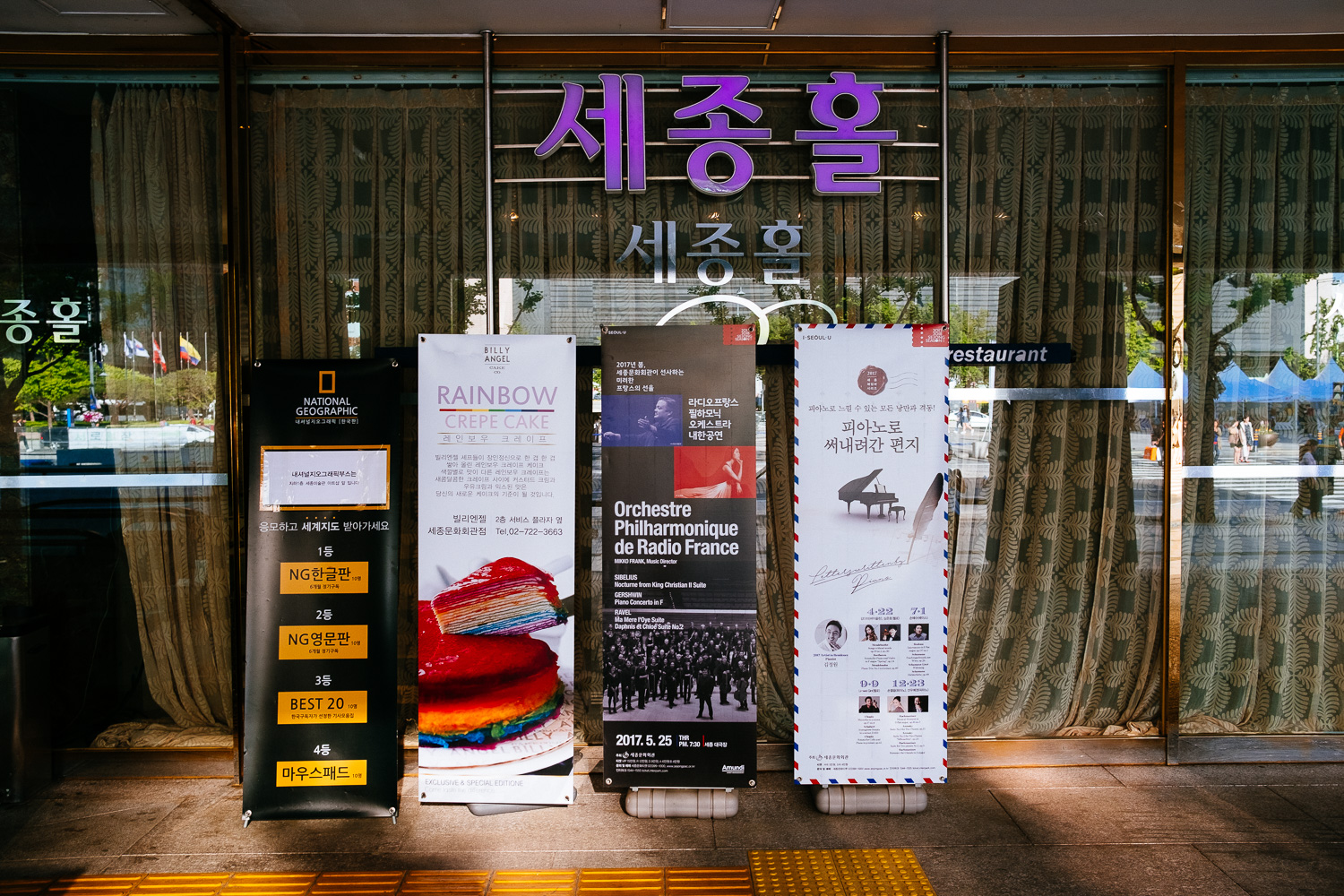 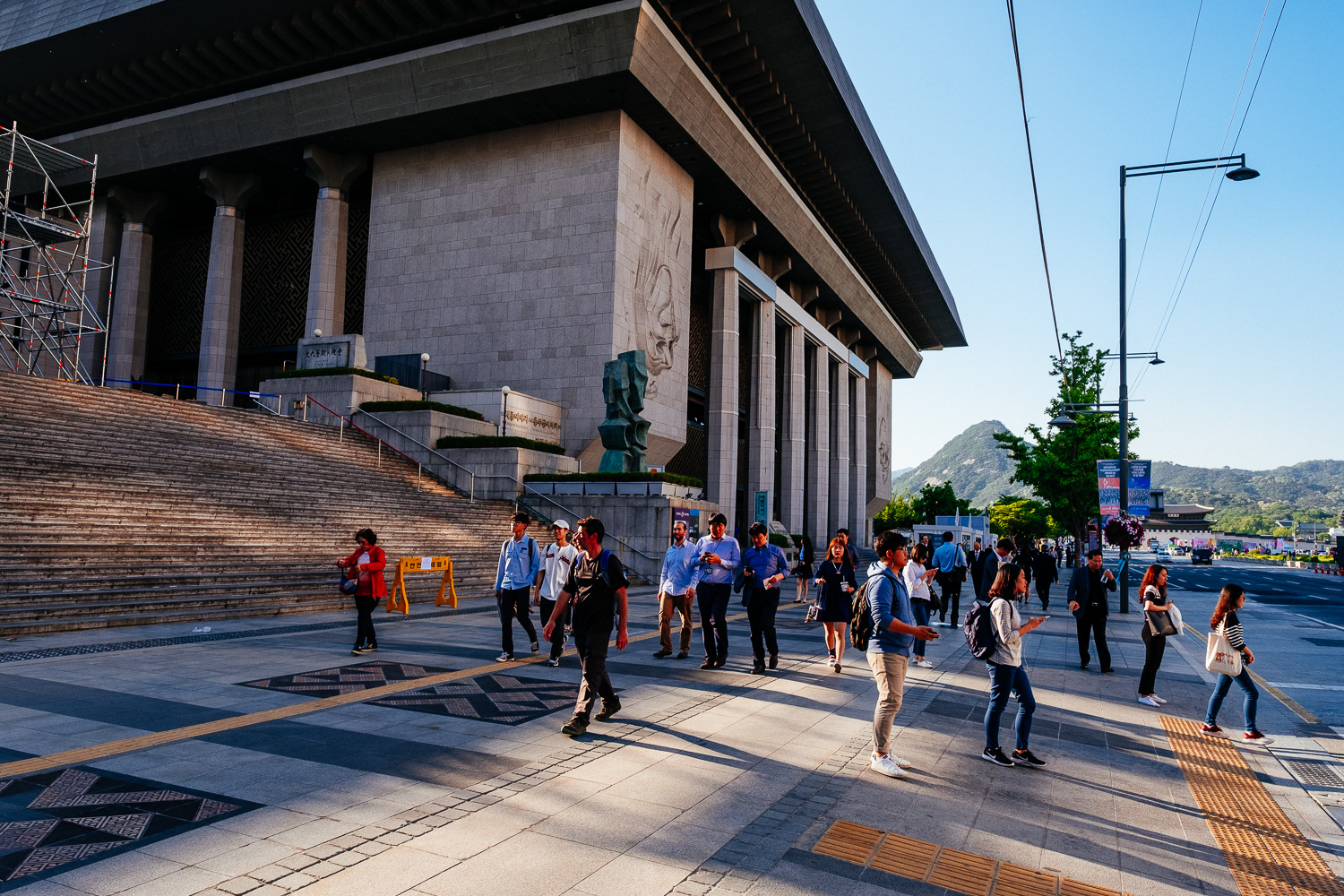 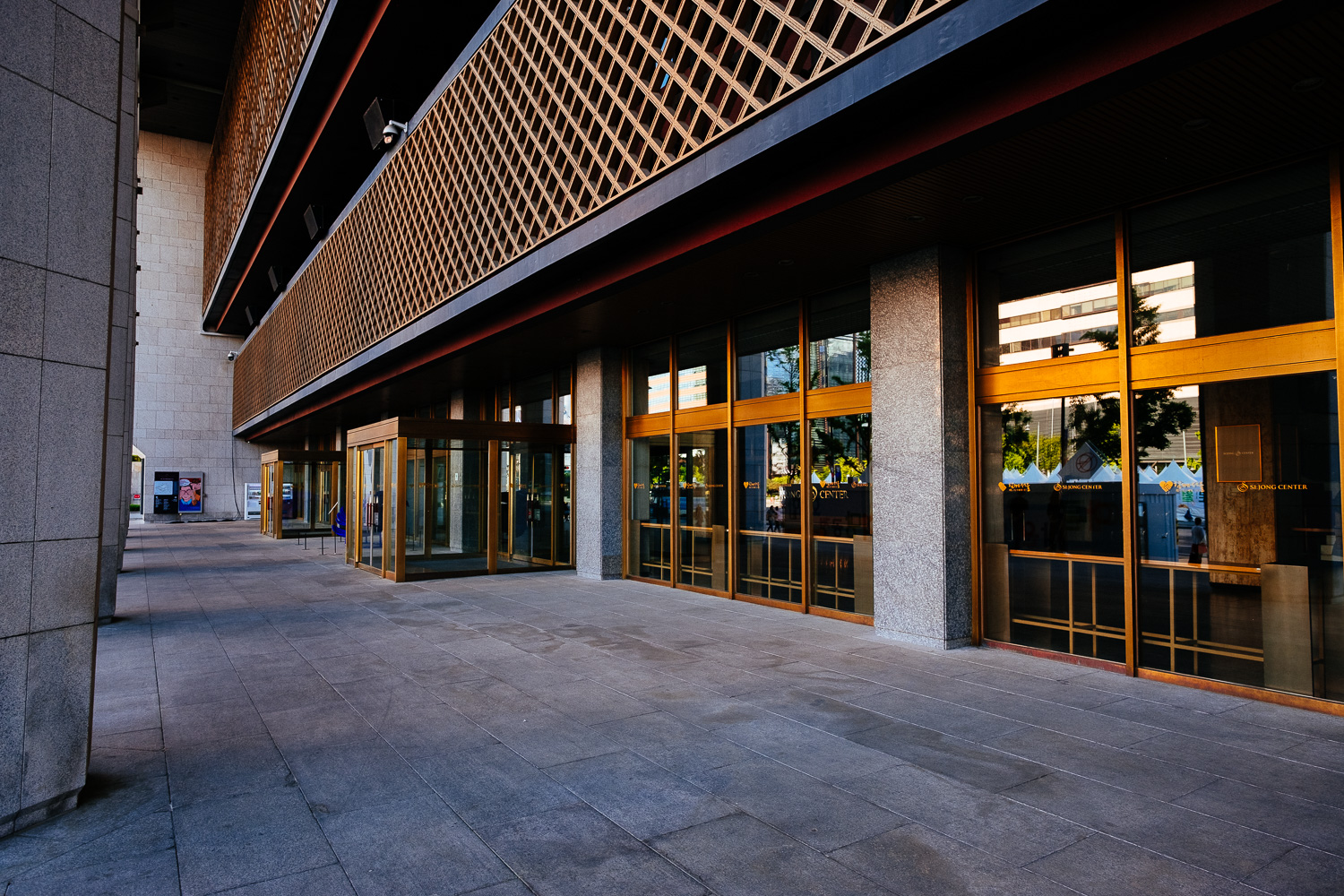 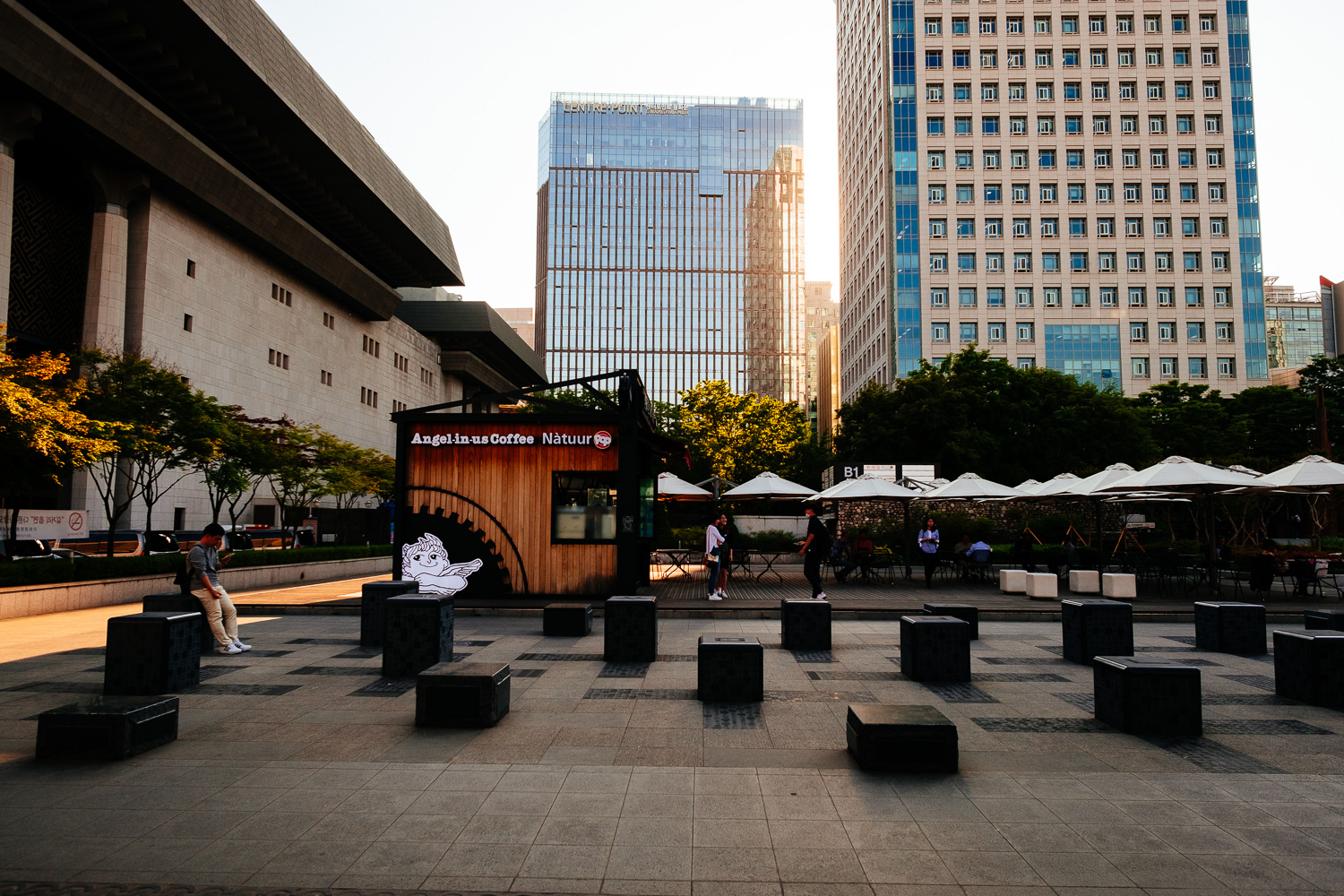 I’m not the only tourist here but it seems that I’m the only non-Asian tourist. I just googled that Korea sees 17 million tourists a year. Not bad but not that much either. The much smaller Austria has close to 30 million. And thanks to goole again I just verified that my observation was correct: 50% of the Korea visitors come from China, followed by tourists from Japan and Taiwan.

For people from the US or from Europe it is a far away country but it is beautiful, exotic but still easy to travel and if you ignore their Northern neighbour it’s very safe too. 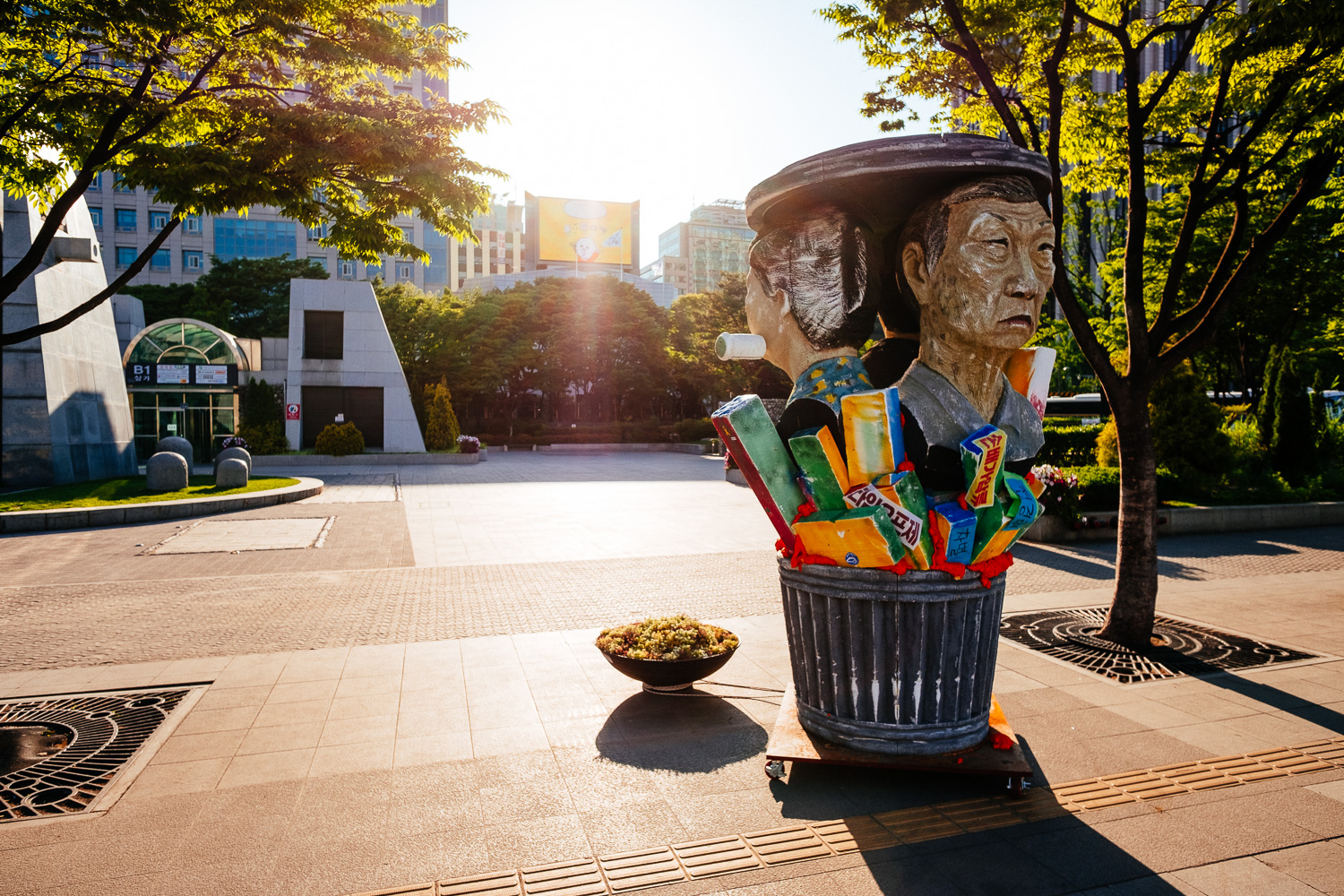 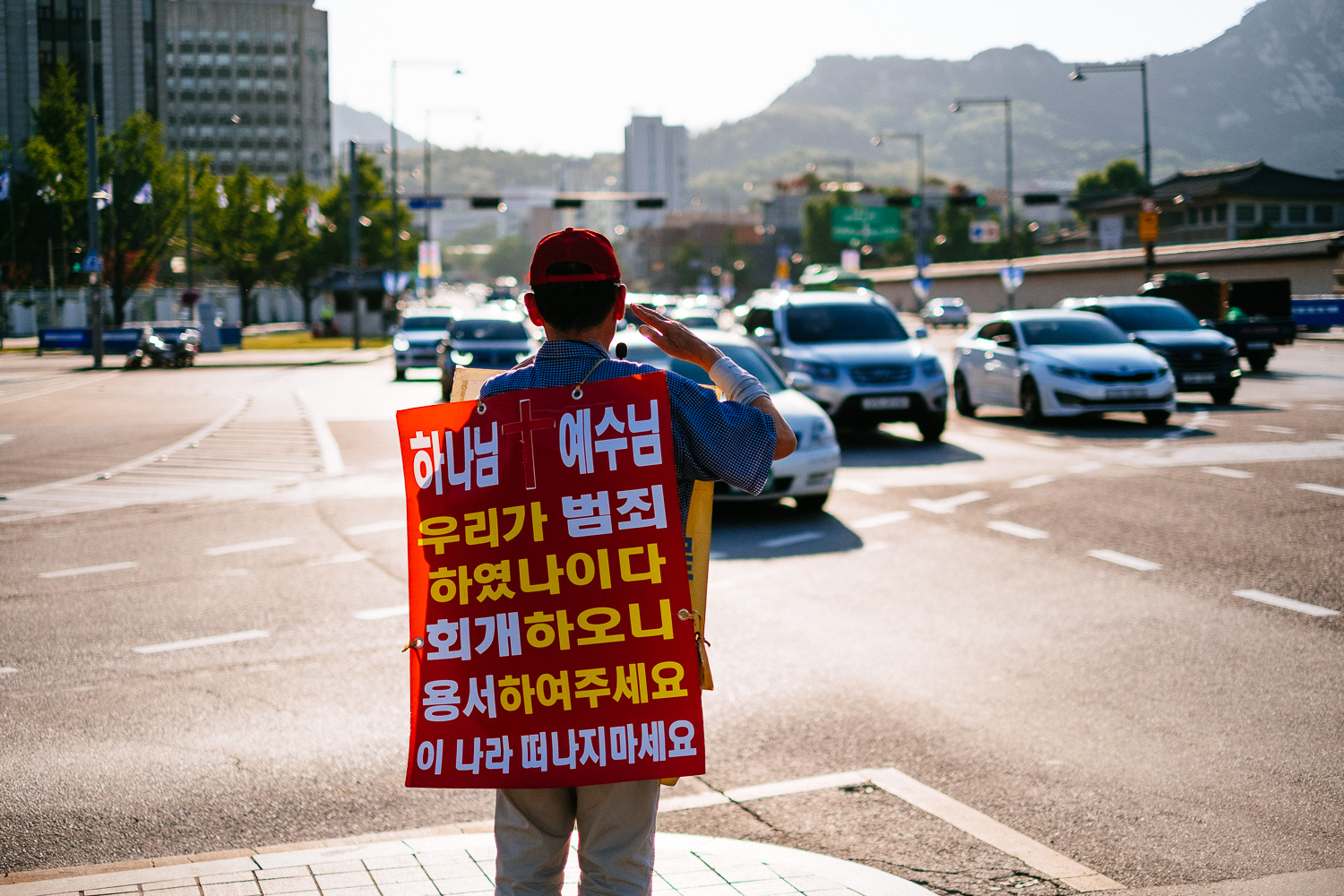 There is an undeniable US influence especially regarding the cars. They are much bigger with bigger engines than in Japan. But the more important difference for the traveller is how easy it is to get around in the city. The ticket system of the subway is made with foreigners in mind.

Simple push English on the touch screen and everything changes to English. That includes the station names too which of course makes a lot of sense. And since most of the names are still hard to remember for foreigners you just need to enter the first letters. When you destination appears Very straight forward! 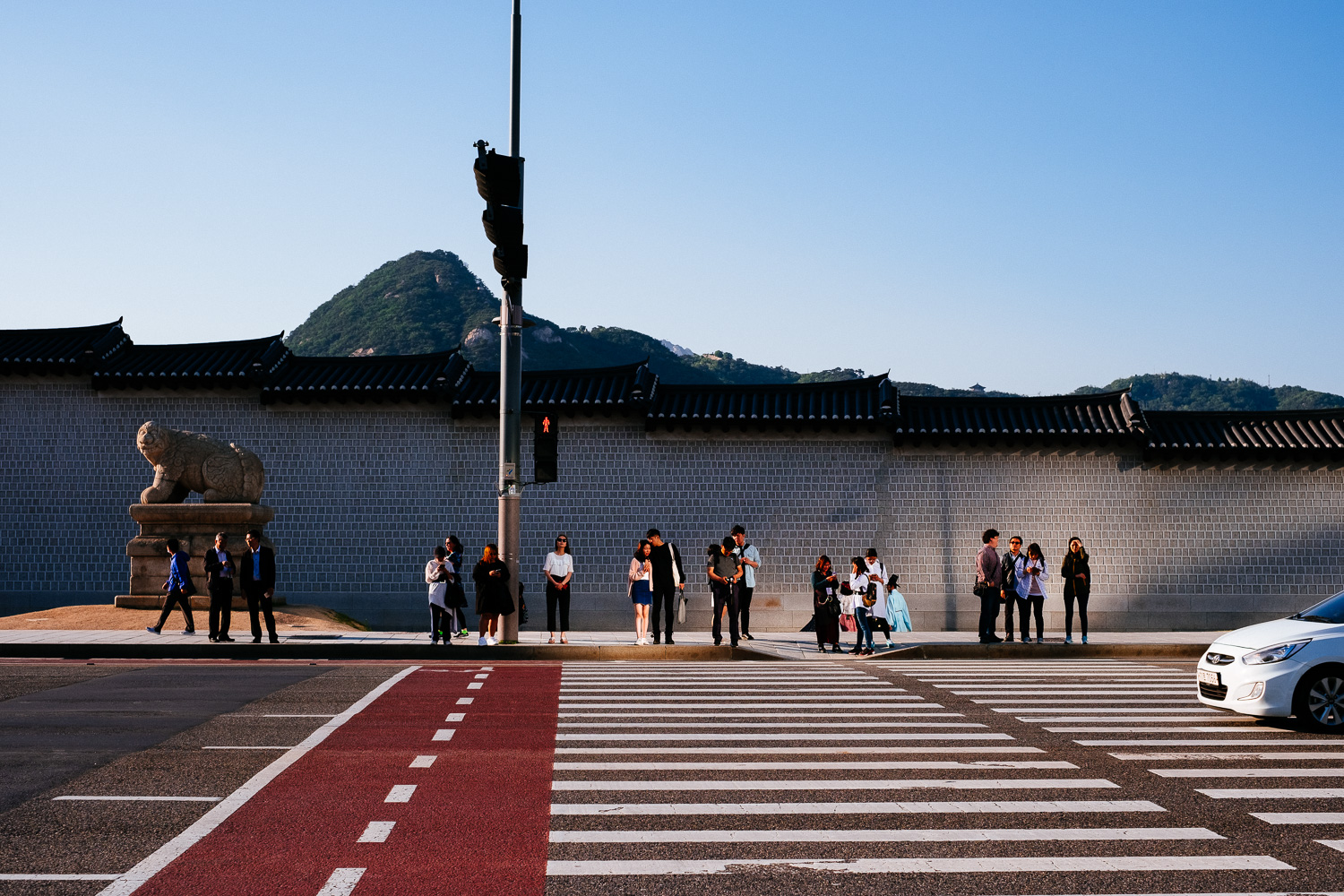